Situation on the market

Agribusiness develops rapidly. Nowadays it’s a big and widespread sector, there are a lot of active and potential clients, both B2B and B2C. 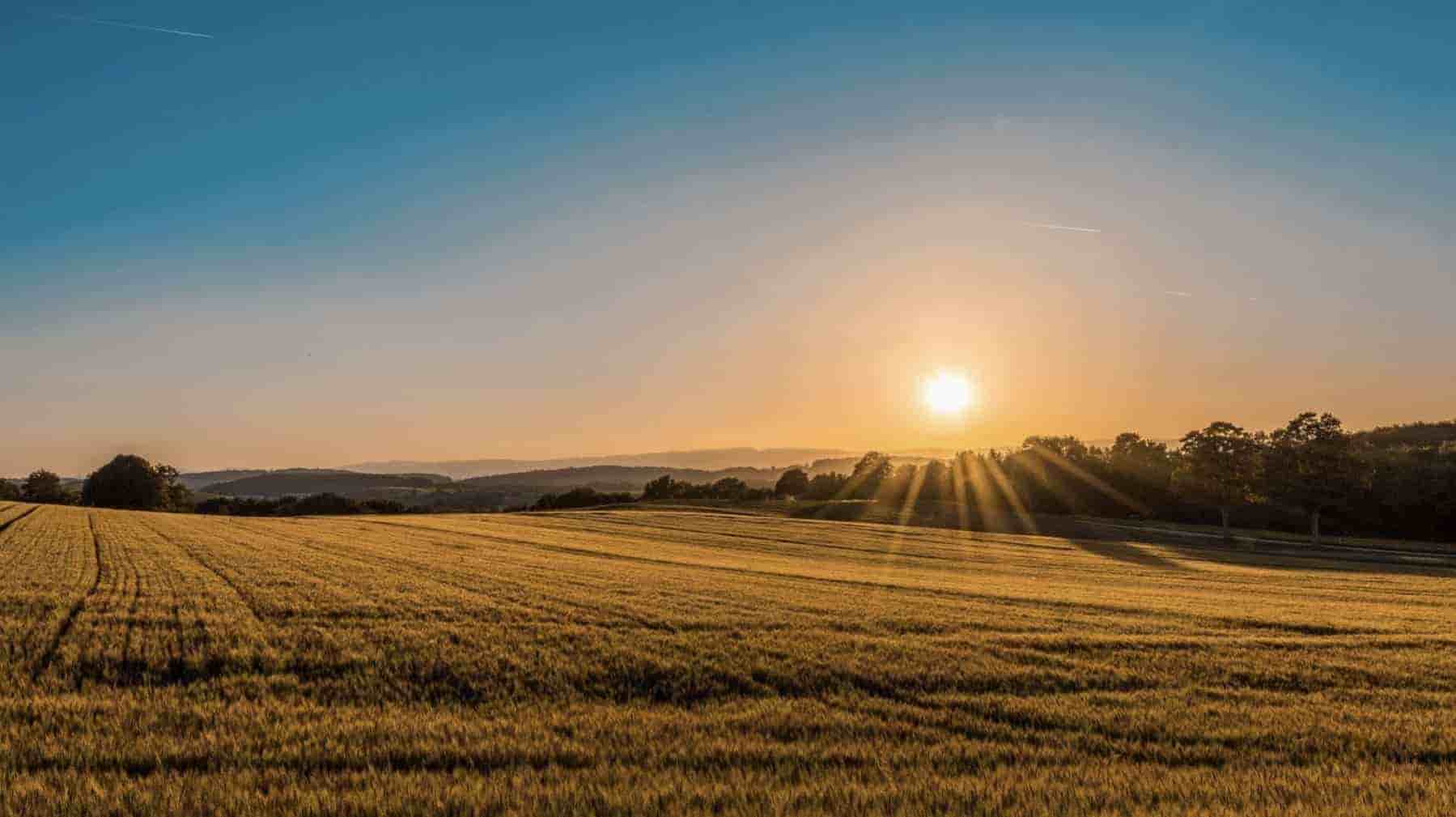 While agriculture used to be very forgiving, for instance, you didn’t even have to be present digitally. You didn’t even have to use a computer, you could just use a landline, a calculator and a notebook — and it’d be cool. Today, however, everything has changed drastically, as we’ve entered the 21st century. The market is oversaturated, every season there are two or three giants, and small farmers have a very difficult time. If in the off-season each farmer receives 50 calls at most from traders with similar offers “sell your grains”, then at the peak season there may be 100 or more calls. Meaning you have to stand out in order for them to remember you.

Hypothesis 1: if you think outside the box, you can achieve great results and come out on top.

Our client Alebor Group is one of the largest grain traders in Ukraine. They buy a full range of grains and oilseeds, while also providing a full cycle of services from harvesting to selling. Brand narrative emphasises that the cost is not an issue, what’s important is service and an integrated approach. We think they rock in this regard.

It all started, in fact, from the fifth objective. The task was to film feedback from their partners who had been working with the company for more than 10 years. It’s a long time to be working together, so customers not leaving means we’re doing something right. Hence we need to speak about it in order to attract new ones.

Our director and partner Evgeny Shvets worked on the videos together with his team. They filmed mega-cool video content that shows and tells in color how tightly and smoothly everything works. Alebor Group partners themselves focused on efficiency, reliability, and responsibility, which they value very much.

During the edit process, when the first video was about to be released, we’ve caught ourselves: how do we name it? And just before the release, a brilliant idea came to Evgeny, and the slogan was born: Trade My Grain. It turned out to be so grandiose that we couldn’t help it: we decided to make an entire mini-series.

And we linked our entire advertising campaign to the first two episodes.

1. We developed of a digital strategy 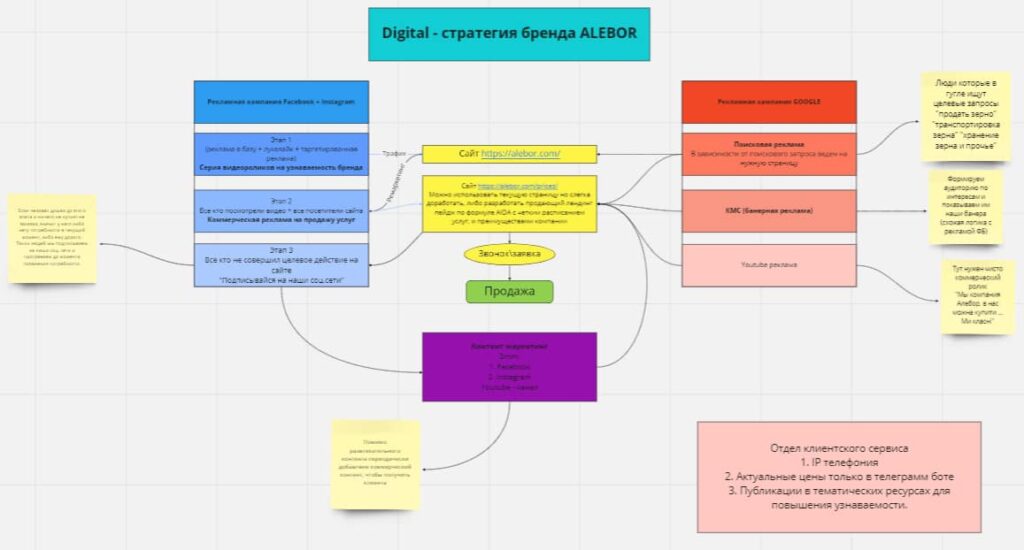 A large high-quality corporate website is not always suitable for leading advertising traffic to it. A visitor enters the website and immediately has to choose 1 of 5 companies that provide the same services to call. There is not a single lead capture form on the website itself.

2. We also made a landing page

3. We invented and implemented a one-of-a-kind “price calculator” lead magnet. 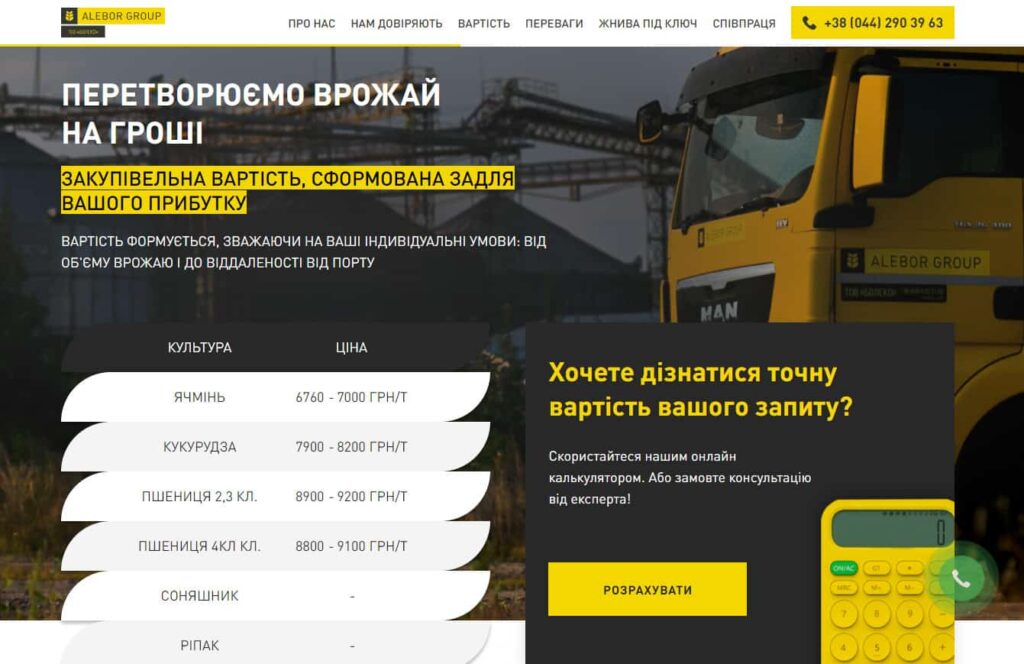 4. We focused on the complexity of the services provided: 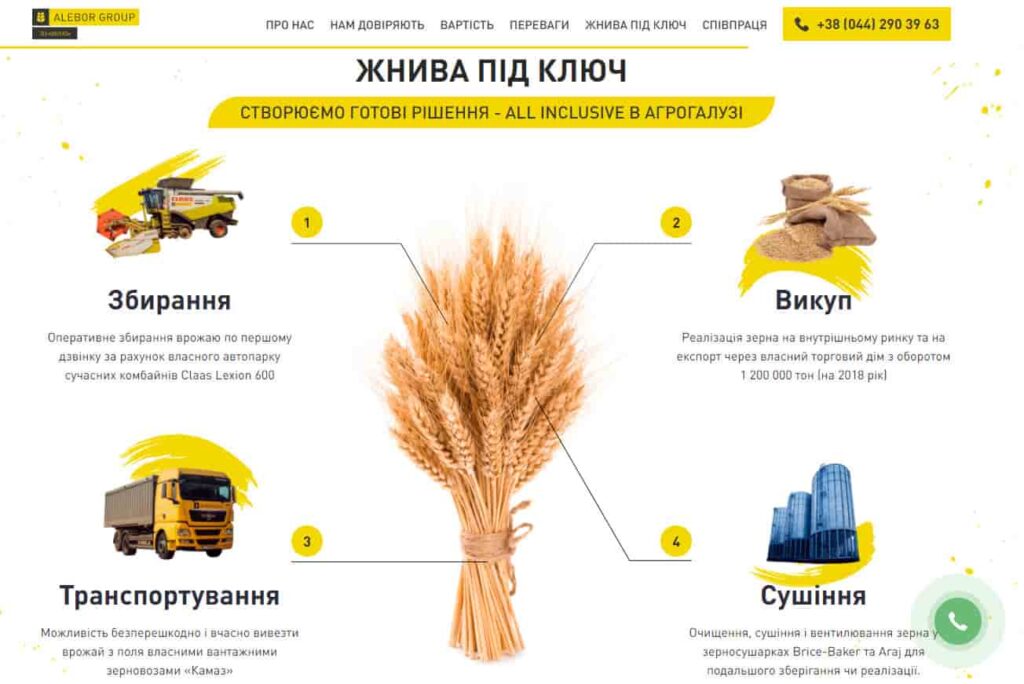 5. We prepared creatives for launching an advertising campaign: 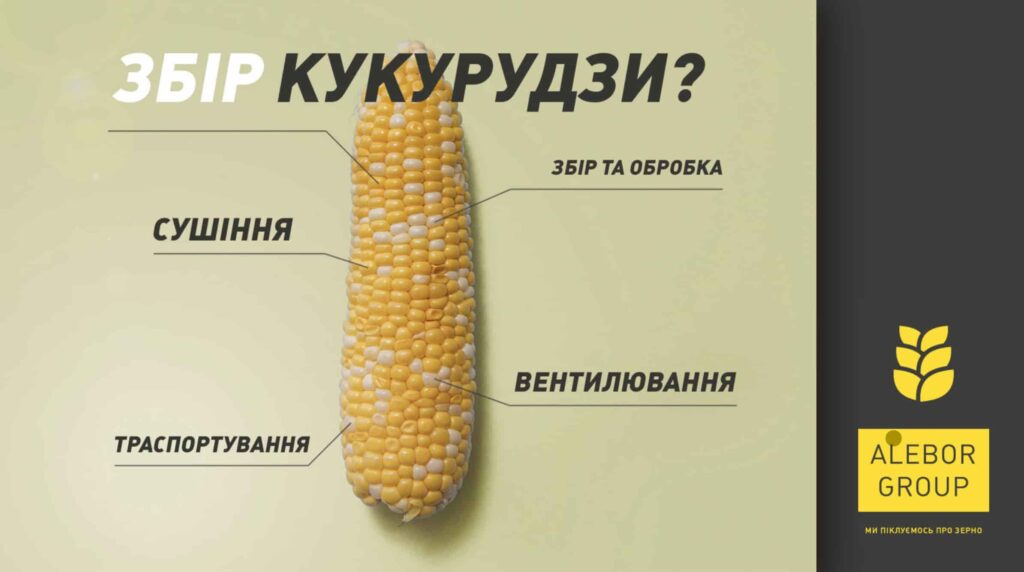 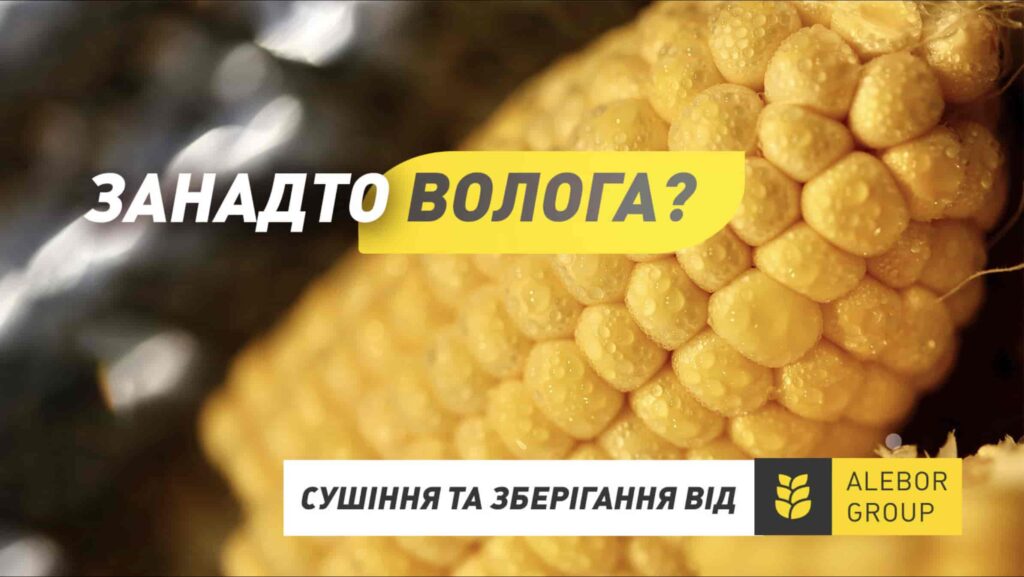 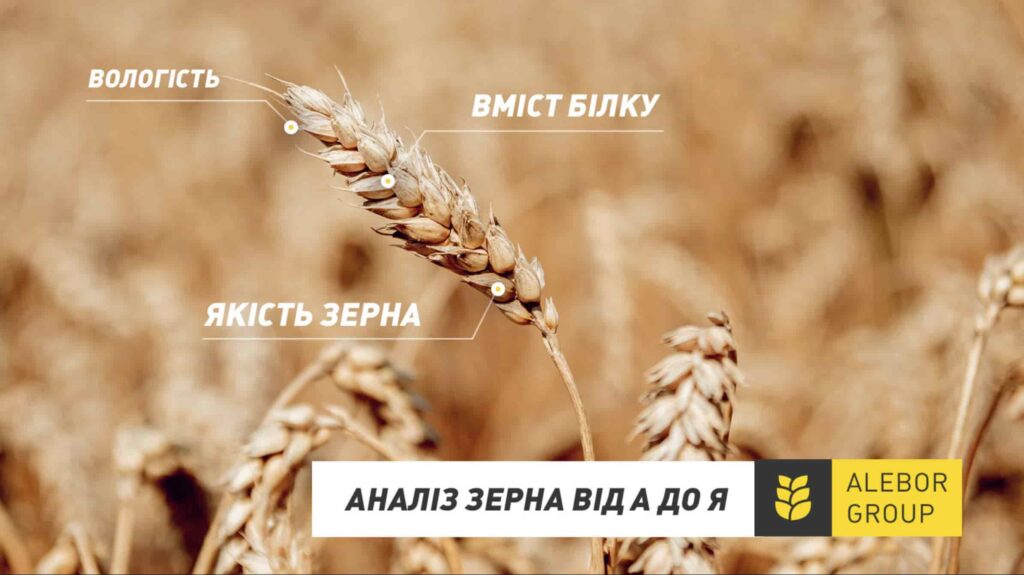 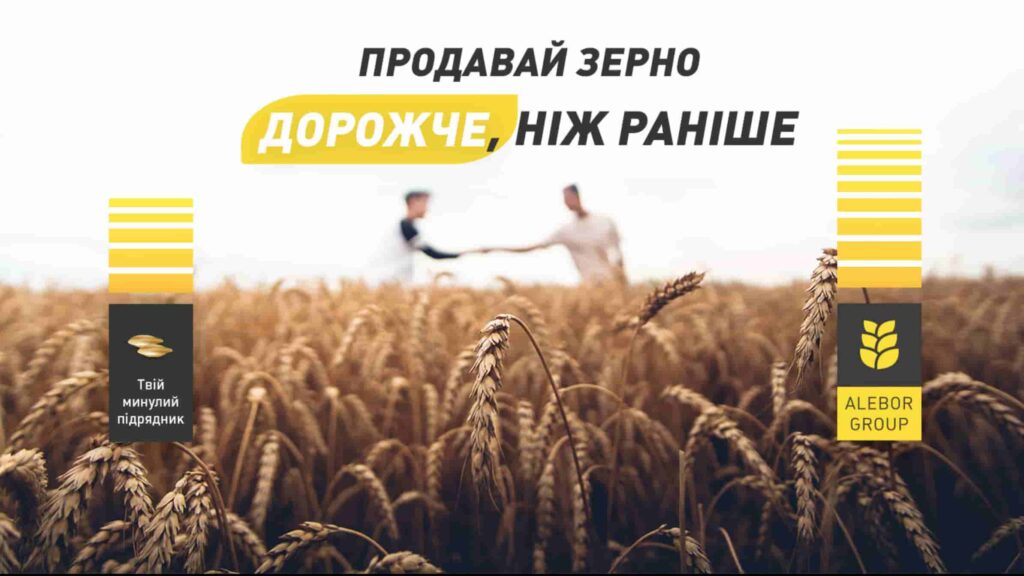 6. We launched test ads for the first two episodes, banners and search ads. It is worth noting that we launched an advertising campaign on New Year’s Eve – the moment when Google trends in this niche showed next to zero demand, and organic traffic on the main site also almost stopped.

Hypothesis 2: Your client is not a terminator.

Let’s face it: in the 21st century, we all use social media, scrolling through the news, trying to find something interesting and useful for the development of our business, right?

In general, the analysis of the target audience showed that the company’s partner is an ordinary modern user of social networks and the Internet, a regular lad who, with great pleasure and enthusiasm, leaves comments under advertising posts and even sometimes resorts to trolling. If he has an opportunity not to call but find out everything he needs on the website, or even better — on social media profiles, then he will do so. Therefore, the following:

7. We tidied up all the social media accounts that were practically empty before, added some good humor and emphasized our expertise.

8. We focused not on the number of subscribers, but on their quality, gathering all of our existing partners on Instagram. 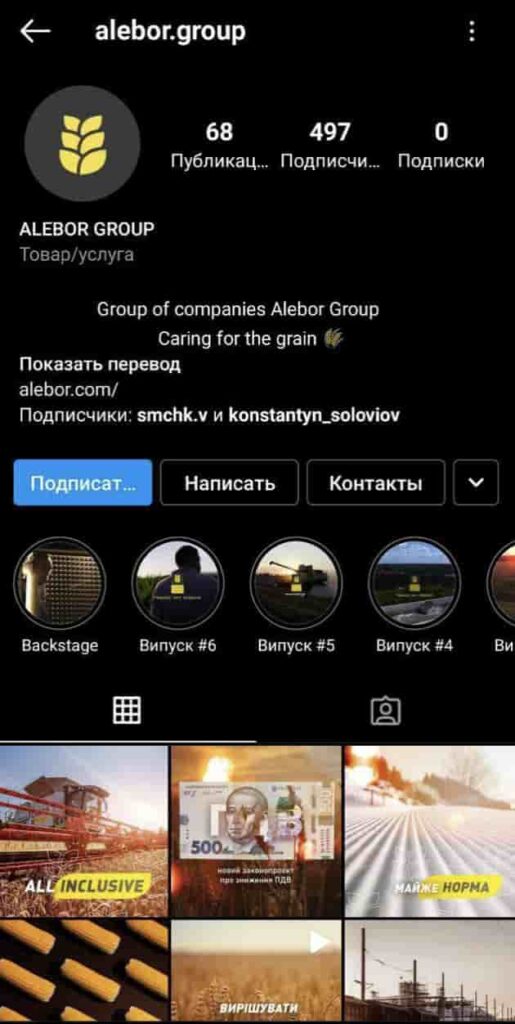 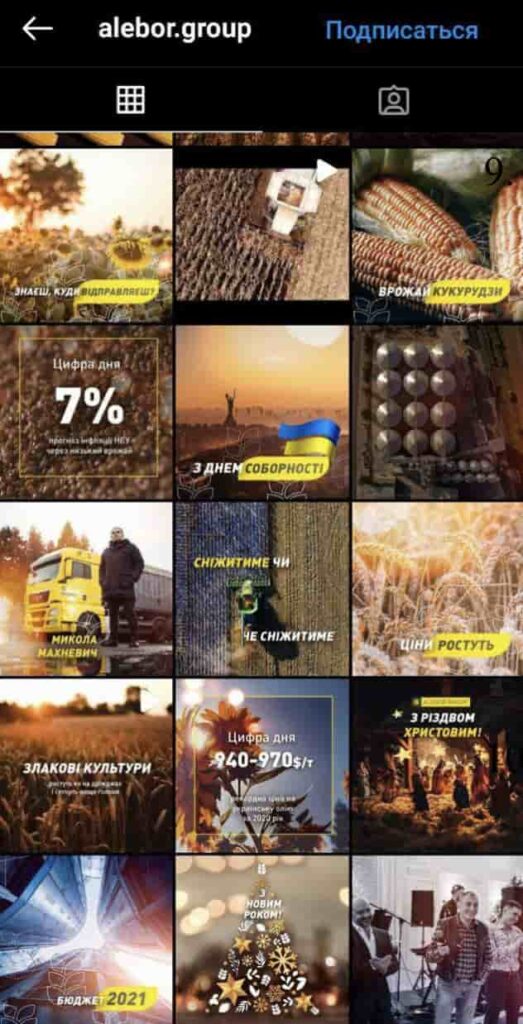 9. We literally forced the client to implement channel-by-channel analytics and integrated a CRM system. Now they clearly understand who is calling, from where, what the issue is, and can easily track the history of each call and inquiry.

10. We built a step-by-step funnel to attract our target, though cold as this year’s winter, audience, in 2-3 touches. And you know what? There were real applications! Off season! 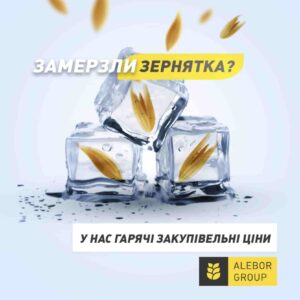 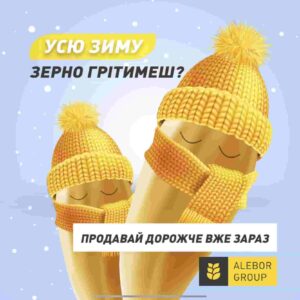 Hypothesis 3: Arrogance and panache can scare away

To be honest, we got carried away and went overboard with grandeur. The image of the Company, which was built through the series, could very well scare away the farmers instead of attracting them. All real life, all sincerity, honesty, simplicity and all the humor from the shooting, as a rule, remain behind the scenes during editing. So our digital strategist Vladislav Semchuk made the team create a backstage clip 🙂

This video became a bright final chord of the entire series, reinforcing the main message and at the same time showing the farmers that Alebor Group are simple farmers too, which they can and should cooperate with and become partners for many years. This backstage video hit the chord so precisely that literally right after the release, Alebor received three calls from new customers.

In the end, a digital strategy was developed for the entire year with reference to the seasonality of the business, and involving all communication channels. Besides we:

And in general, we came to a common opinion: you can get high-quality leads through digital channels and in the agricultural niche. After all, digital is not a reason to abandon many years of offline experience, but quite the opposite: it helps to increase the level of publicity and share your experience with even more potential customers and partners.

The team was interrogated by Yulia Tsesarenko 🙂